So we have to admit it. We're different. First off, we're a publishers cooperative, meaning the goal of the organization is to provide services to publishers, not to make a billion dollars. We are not funded by billionaires. Our bylaws prevent us from selling out to Big Tech. And if we make more money in a year than we need to run the company, we give members a dividend, like REI or a local grocery store co-op.

We believe the future of publishing is people paying to support the publications and writers they care about, and that those publications should keep as much as possible, not make billionaires even more money.

The internet and the web have been revolutionary in expanding the diversity in voices and communities. One of the outgrowths of that is allowing people to make a good, independent living writing about what they care about. Being able to do so without having a boss, 9-5 schedule, commute, or someone telling them to write about something else (or to write in a different way) is revolutionary. We’re at an exciting moment in tech when this is becoming easier and easier for independent voices to thrive and be sustainable. 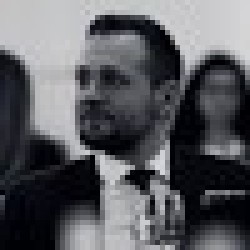